Post University is a private, for-profit university in Waterbury, Connecticut. It was founded in 1890 as Post College. From 1990 to 2004 it was affiliated with Teikyo University in Tokyo, Japan and during that time it was named Teikyo Post University. The university offers over 25 undergraduate and graduate programs in day, evening, and online courses, and has three satellite centers in Meriden, Danbury, and Wallingford. 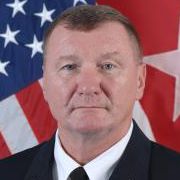