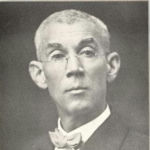 Why Is Aaron McDuffie Moore Influential?

According to Wikipedia, Aaron McDuffie Moore, M.D. was the first Black medical doctor of Durham, North Carolina, USA, and a prominent leader in the African-American community based in the part of the city known as Hayti. He is best known for founding the Lincoln Hospital, a medical facility that served Negro patients during a time of racial segregation. Moore was also instrumental to the incorporation of North Carolina Mutual Life Company, which became the largest black-owned business in the country, and the improvement of North Carolina's rural school education. Through philanthropic works and business enterprises, Dr. Moore played a significant role in improving the standard of living of African Americans in Durham. He also overcame racial discrimination, bridging the White and Black communities in Durham in addition to improving its healthcare and economy.

Other Resources About Aaron McDuffie Moore

What Schools Are Affiliated With Aaron McDuffie Moore?

Aaron McDuffie Moore is affiliated with the following schools: