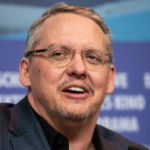 Why Is Adam McKay Influential?

According to Wikipedia, Adam McKay is an American film director, producer, screenwriter and comedian. McKay began his career in the 1990s as a head writer for the NBC sketch comedy show Saturday Night Live for two seasons and is the co-founder of the comedy group Upright Citizens Brigade. He rose to fame in the 2000s for his collaborations with comedian Will Ferrell and co-wrote his films Anchorman, Talladega Nights, and The Other Guys. Ferrell and McKay later co-wrote and co-produced numerous television series and films, and produced their website Funny or Die through their company Gary Sanchez Productions.

Other Resources About Adam McKay

What Schools Are Affiliated With Adam McKay?

Adam McKay is affiliated with the following schools: