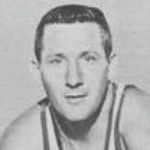 Why Is Adrian Smith Influential?

According to Wikipedia, Adrian Howard "Odie" Smith is an American former professional basketball player. Early life Smith was the fifth of six children of Oury and Ruth Smith of Farmington, Kentucky. The family lived in a farmhouse that had no electricity and no indoor plumbing. He was nicknamed "Odie" after a comedian on the Grand Ole Opry. As a child, he attended a three-room schoolhouse in rural Graves County, Kentucky. Because the family didn't have money for a basketball, he learned to shoot one his mother made from rolling up his dad's socks. He attended Farmington High School, where he nearly didn't play high school basketball until the school's principal/basketball coach agreed to give him a ride home after practices. As a senior, his only scholarship offer was from nearby Murray State University, but he took too long to accept and the offer was withdrawn.

Other Resources About Adrian Smith

What Schools Are Affiliated With Adrian Smith ?

Adrian Smith is affiliated with the following schools: