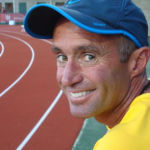 Why Is Alberto Salazar Influential?

According to Wikipedia, Alberto Salazar is an American former track coach and long-distance runner. Born in Cuba, Salazar immigrated to the United States as a child with his family, living in Connecticut and then in Wayland, Massachusetts, where Salazar competed in track and field in high school. Salazar won the New York City Marathon three times in the early 1980s, and won the 1982 Boston Marathon in a race known as the "Duel in the Sun". He set American track records for 5,000 m and 10,000 m in 1982. Salazar was later the head coach of the Nike Oregon Project. He won the IAAF Coaching Achievement Award in 2013.

Other Resources About Alberto Salazar

What Schools Are Affiliated With Alberto Salazar?

Alberto Salazar is affiliated with the following schools: