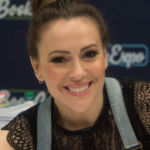 Why Is Alyssa Milano Influential?

According to Wikipedia, Alyssa Jayne Milano is an American actress, producer, singer, author, and activist. She has played Samantha Micelli in Who's the Boss?, Jennifer Mancini in Melrose Place, Phoebe Halliwell in Charmed, Billie Cunningham in My Name Is Earl, Savannah "Savi" Davis in Mistresses, Renata Murphy in Wet Hot American Summer: 10 Years Later, and Coralee Armstrong in Netflix's Insatiable. As a political activist, Milano is known for her role in the MeToo movement in October 2017.

Other Resources About Alyssa Milano