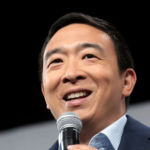 Why Is Andrew Yang Influential?

According to Wikipedia, Andrew Yang is an American businessman, attorney, lobbyist, and political candidate. Yang is best known for being a candidate in the 2020 Democratic Party presidential primaries and the 2021 New York City Democratic mayoral primary. He is the co-chair of the Forward Party, alongside former New Jersey Governor Christine Todd Whitman.

Other Resources About Andrew Yang

What Schools Are Affiliated With Andrew Yang?

Andrew Yang is affiliated with the following schools:

What Are Andrew Yang's Academic Contributions?

Andrew Yang has made the following academic contributions: