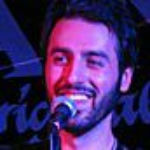 Why Is Ari Hest Influential?

According to Wikipedia, Ari Hest is an American singer-songwriter from the Bronx borough of New York. Biography Early life and education Hest's father is a college music professor and his mother a cantor. His older brother, Danny, is Hest's former manager. Hest took piano lessons as a child and later taught himself to play guitar. Hest attended Cornell University in Ithaca, NY beginning in 1999 and later transferred to New York University, where he received a degree in Communications in 2002.

Other Resources About Ari Hest

What Schools Are Affiliated With Ari Hest?

Ari Hest is affiliated with the following schools: