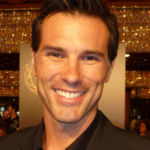 Why Is Austin Peck Influential?

According to Wikipedia, Austin Peck is an American actor. He is best known for his work in daytime soap operas. Personal life Peck was born in Honolulu, Hawaii, and moved to San Francisco at age eight after his parents divorced. He briefly attended Santa Monica High School where he played football as a linebacker on the fresh/sophomore team in 1986–1987. He left school to pursue acting and did not graduate from Santa Monica in 1989. He began modeling and appeared in magazines Esquire, GQ and Vogue.

Other Resources About Austin Peck