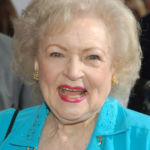 Why Is Betty White Influential?

According to Wikipedia, Betty Marion White was an American actress and comedian. A pioneer of early television, with a television career spanning almost seven decades, White was noted for her vast work in the entertainment industry and being one of the first women to work both in front of and behind the camera. She was the first woman to produce a sitcom in the United States, which contributed to her being named honorary Mayor of Hollywood in 1955. White is often referred to as the "First Lady of Television", a title used for a 2018 documentary detailing her life and career.

Other Resources About Betty White