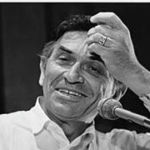 Why Is Bill Graham Influential?

According to Wikipedia, Bill Graham was a Jewish German-American impresario and rock concert promoter from the 1960s until his death in 1991 in a helicopter crash. On July 4, 1939, he was sent from Germany to France to escape the Nazis efforts to kill those of Jewish descent. At age 10, he settled into a foster home in the Bronx, New York. Graham graduated from DeWitt Clinton High School and subsequently from City College with a business degree.

Other Resources About Bill Graham