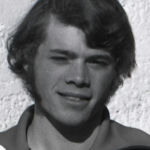 Why Is Bill Koch Influential?

According to Wikipedia, William Conrad Koch is an American cross-country skier who competed at the international level. A native of Guilford, Vermont, he is a graduate of the nearby Putney School in Putney. In 1974, he became the first American to win a medal in international competition, placing third in the European junior championships.

Other Resources About Bill Koch