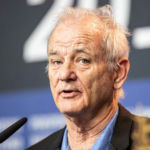 Why Is Bill Murray Influential?

According to Wikipedia, William James Murray is an American actor and comedian known for his deadpan delivery. He rose to fame on The National Lampoon Radio Hour before becoming a national presence on Saturday Night Live from 1977 to 1980, where he received a Primetime Emmy Award for Outstanding Writing for a Variety Series. He starred in comedy films including Meatballs , Caddyshack , Stripes , Tootsie , Ghostbusters , Ghostbusters II , What About Bob? , Groundhog Day , Kingpin , The Man Who Knew Too Little , Charlie's Angels and Osmosis Jones . His only directorial credit is Quick Change , which he co-directed with Howard Franklin.

Other Resources About Bill Murray

What Schools Are Affiliated With Bill Murray?

Bill Murray is affiliated with the following schools: