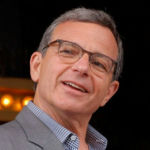 Why Is Bob Iger Influential?

According to Wikipedia, Robert Allen Iger is an American businessman who served as the chief executive officer of The Walt Disney Company between 2005 and 2020, as well as the chairman of the Board and executive chairman. He previously served as the president of ABC Television between 1994 and 1995 and the president and chief operating officer of Capital Cities/ABC from 1995 until its acquisition by Disney in 1996. Iger was named president and COO of Disney in 2000 and succeeded Michael Eisner as CEO in 2005.

Other Resources About Bob Iger

What Schools Are Affiliated With Bob Iger?

Bob Iger is affiliated with the following schools: