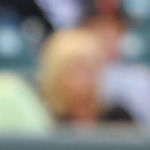 Why Is Brett Cecil Influential?

According to Wikipedia, Brett Aarion Cecil is an American former professional baseball pitcher. He played in Major League Baseball for the Toronto Blue Jays and St. Louis Cardinals. Cecil was drafted as the 38th overall pick in the 2007 MLB draft by the Blue Jays. He pitched for DeMatha Catholic High School and the Maryland Terrapins of the University of Maryland, College Park. In the summer of 2005, he pitched for the Silver Spring-Takoma Thunderbolts in the Cal Ripken Collegiate Baseball League and threw the first and only no-hitter by a single pitcher in league history.

Other Resources About Brett Cecil