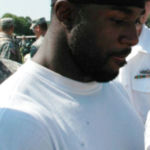 Why Is Brian Westbrook Influential?

According to Wikipedia, Brian Collins Westbrook is a former American football running back who played for nine seasons in the National Football League . He was drafted by the Philadelphia Eagles in the third round of the 2002 NFL Draft after playing college football for Villanova University. Following an eight-year career with the Eagles, in which he earned two Pro Bowl selections in 2004 and 2007, Westbrook signed with the San Francisco 49ers, for whom he played in 2010.

Other Resources About Brian Westbrook