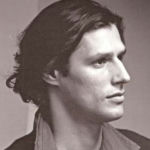 Why Is Bruno Fonseca Influential?

According to Wikipedia, Bruno Fonseca was an American artist who shifted between abstract and figurative styles and worked in both painting and sculpture. Biography Early life Fonseca was born in New York to a family of artists. His father, Gonzalo Fonseca, was an Uruguayan sculptor. His younger brother Caio Fonseca is a well known contemporary painter. His sister Isabel Fonseca is a writer. Fonseca had dyslexia and a stutter, conditions so severe as a child he was treated by a psychiatrist. Fonseca was able to compensate for his verbal difficulties with a tremendous visual fluency, reproducing paintings by Michelangelo and other Great Masters at an early age. Raised in a house on West Eleventh Street in Greenwich Village, Fonseca studied at the Dalton School in Manhattan and St. Ann's School in Brooklyn Heights. Fonseca failed to graduate from high school and at age 18, he moved to Barcelona, where he studied with Augusto Torres. Fonseca lived in Barcelona until 1993, when he returned to New York a few months before his death.

Other Resources About Bruno Fonseca