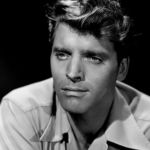 Why Is Burt Lancaster Influential?

According to Wikipedia, Burton Stephen Lancaster was an American actor and producer. Initially known for playing tough guys with a tender heart, he went on to achieve success with more complex and challenging roles over a 45-year career in film and, later, television. He was a four-time nominee for the Academy Award for Best Actor , and he also won two BAFTA Awards and one Golden Globe Award for Best Lead Actor. The American Film Institute ranks Lancaster as of the greatest male stars of classic Hollywood cinema.

Other Resources About Burt Lancaster

What Schools Are Affiliated With Burt Lancaster?

Burt Lancaster is affiliated with the following schools: