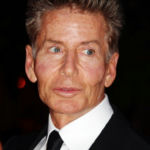 Why Is Calvin Klein Influential?

According to Wikipedia, Calvin Richard Klein is an American fashion designer who launched the company that would later become Calvin Klein Inc., in 1968. In addition to clothing, he also has given his name to a range of perfumes, watches, and jewellery.

Other Resources About Calvin Klein

What Schools Are Affiliated With Calvin Klein?

Calvin Klein is affiliated with the following schools: