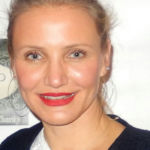 Why Is Cameron Diaz Influential?

According to Wikipedia, Cameron Michelle Diaz is an American actress. The recipient of multiple accolades, including nominations for four Golden Globe Awards and a BAFTA Award, Diaz was named the highest-paid Hollywood actress over 40 in 2013. , the U.S. domestic box office grosses of Diaz's films total over $3 billion US, with worldwide grosses surpassing US$7 billion, making her the fifth highest-grossing U.S. domestic box office actress. Diaz's successful early roles cemented her as a sex symbol and one of the world's most bankable actresses.

Other Resources About Cameron Diaz