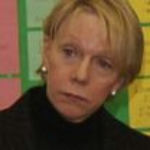 Why Is Cathie Black Influential?

According to Wikipedia, Cathleen Prunty "Cathie" Black is a former New York City Schools Chancellor. On April 7, 2011, Black stepped down from her position after 95 days on the job. Her appointment to replace longtime Chancellor Joel Klein was announced on November 9, 2010 by Mayor Michael Bloomberg and became effective on January 3, 2011. Black required a waiver to replace Klein, as she did not possess the education administration experience required by New York State's Education Department. She was replaced by New York City Deputy Mayor Dennis Walcott.

Other Resources About Cathie Black

What Schools Are Affiliated With Cathie Black?

Cathie Black is affiliated with the following schools: