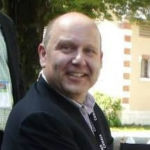 Why Is Chris Meledandri Influential?

According to Wikipedia, Christopher Meledandri is an American film producer and founder and CEO of Illumination. He is best known as the producer of the Despicable Me franchise and the Sing franchise. Early life Meledandri was born in New York City to Roland Meledandri, a men's fashion designer, and Risha Meledandri, an activist, growing up in the Upper East Side of Manhattan. He attended Dartmouth College.

Other Resources About Chris Meledandri

What Schools Are Affiliated With Chris Meledandri?

Chris Meledandri is affiliated with the following schools: