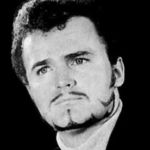 Why Is Count Dante Influential?

According to Wikipedia, Count Juan Raphael Dante was an American martial artist figure during the 1960s and 1970s who claimed he could do extraordinary feats such as Dim Mak. Early career Keehan was born in Beverly, Chicago, on February 2, 1939, to a well-to-do Irish American family. His father, Jack, was a physician and director of the Ashland State Bank, and his mother, Dorothy, occasionally appeared on the society pages of the Chicago Tribune. Keehan attended Mount Carmel High School and boxed at Johnny Coulon's 63rd Street gym, and after graduating from high school he joined the Marine Reserves and later the Army, where he learned hand-to-hand combat and jujitsu techniques. He trained under various martial arts masters during the infancy of Western interest in Asian martial arts during the 1950s. Most notable of the early masters he trained under was sensei Robert Trias. Keehan, after gaining his black belt in karate, went on to become a sensei himself.

Other Resources About Count Dante