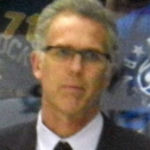 Why Is Craig MacTavish Influential?

According to Wikipedia, Craig MacTavish is a Canadian professional ice hockey executive and former player, currently in an assistant coaching position with the St. Louis Blues. He played centre for 17 seasons in the National Hockey League with the Boston Bruins, Edmonton Oilers, New York Rangers, Philadelphia Flyers and St. Louis Blues, winning the Stanley Cup four times . He was the last NHL player not to wear a helmet during games.

Other Resources About Craig MacTavish

What Schools Are Affiliated With Craig MacTavish?

Craig MacTavish is affiliated with the following schools: