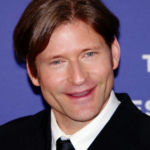 Why Is Crispin Glover Influential?

According to Wikipedia, Crispin Hellion Glover is an American actor, filmmaker, author, and musician. Glover is known for portraying eccentric characters on screen, such as George McFly in Back to the Future , Layne in River's Edge , Andy Warhol in The Doors , Bobby McBurney in What's Eating Gilbert Grape , the Thin Man in Charlie's Angels and Charlie's Angels: Full Throttle , Willard Stiles in Willard , Grendel in Beowulf , The Knave of Hearts in Alice in Wonderland , Phil in Hot Tub Time Machine , and Mr. World in the Starz television series American Gods .

Other Resources About Crispin Glover