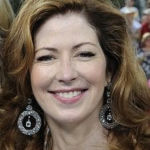 Why Is Dana Delany Influential?

According to Wikipedia, Dana Welles Delany is an American actress. After appearing in small roles early in her career, Delany received her breakthrough role as Colleen McMurphy on the ABC television drama China Beach , for which she twice received the Primetime Emmy Award for Outstanding Lead Actress in a Drama Series in 1989 and 1992. She received further recognition for her appearances in the films Light Sleeper , Tombstone , Exit to Eden , The Margaret Sanger Story , Fly Away Home , True Women , and Wide Awake . Delany is also a known voice actress, having voiced characters in the DC Animated Universe, notably as Andrea Beaumont in Batman: Mask of the Phantasm and Lois Lane in Superman: The Animated Series, Justice League and Justice League Unlimited, subsequently reprising the latter role in several projects unrelated to the DCAU.

Other Resources About Dana Delany

What Schools Are Affiliated With Dana Delany?

Dana Delany is affiliated with the following schools: