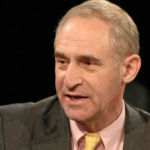 Why Is Daniel Isenberg Influential?

According to Wikipedia, Daniel Isenberg is a Professor of Entrepreneurship Practice at Babson College Executive Education where he established the Babson Entrepreneurship Ecosystem Project . He is the author of the book Worthless, Impossible and Stupid: How Contrarian Entrepreneurs Create and Capture Extraordinary Value . Isenberg was an entrepreneur himself for 16 years and was also a venture capitalist. He is an angel investor in several ventures.

Other Resources About Daniel Isenberg

What Schools Are Affiliated With Daniel Isenberg?

Daniel Isenberg is affiliated with the following schools: