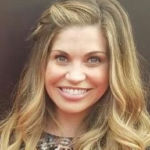 Why Is Danielle Fishel Influential?

According to Wikipedia, Danielle Christine Fishel is an American actress, director, model, and television personality. She began her career in theater, appearing in community productions of The Wizard of Oz and Peter Pan. She made her debut as an actress shortly after, making guest appearances in shows such as Full House and Harry and the Hendersons. In 1993, Fishel was cast for the role as Topanga Lawrence-Matthews on the teen sitcom Boy Meets World, which ran on ABC, and reprised the role for its successor Girl Meets World on Disney Channel, which aired from 2014 to 2017.

Other Resources About Danielle Fishel

What Schools Are Affiliated With Danielle Fishel?

Danielle Fishel is affiliated with the following schools: