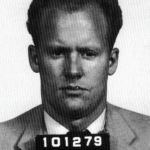 Why Is Danny Greene Influential?

According to Wikipedia, Daniel John Patrick Greene was an Irish-American mobster and associate of the Cleveland mobster John Nardi during the 1970s gang war for the city's criminal operations. Competing gangsters set off more than 36 bombs, most attached to cars, in murder attempts, many successful. Greene had gained power first in a local chapter of the International Longshoremen's Association, where he was elected president in the early 1960s. He pushed into Cleveland rackets and began competing with the Italian-American Mafia for control of the city. He set up his own group called the Celtic Club, complete with enforcers.

Other Resources About Danny Greene