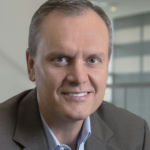 Polish-born American businessman, and the chief executive officer and president of Honeywell

Why Is Darius Adamczyk Influential?

According to Wikipedia, Darius Adamczyk is an American businessman. He is the chairman and chief executive officer of Honeywell, an American multinational conglomerate. Early life and education Adamczyk was born in Poland on February 8, 1966, and immigrated to the US at the age of 11, speaking no English. His family settled in Grand Rapids, Michigan. He went to Michigan State University to study electrical and computer engineering, where he received his bachelor's degree. He received a master's degree in computer engineering from Syracuse University, and an MBA from Harvard University.

Other Resources About Darius Adamczyk

What Schools Are Affiliated With Darius Adamczyk?

Darius Adamczyk is affiliated with the following schools: