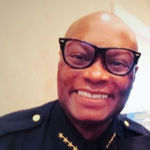 Why Is David Brown Influential?

According to Wikipedia, David O'Neal Brown is an American police officer who is currently serving as Superintendent of the Chicago Police Department. He was the chief of the Dallas Police Department from 2010 to 2016. He has been widely praised for his reforms designed to reduce violent confrontations between police officers and the community and increase the department's accountability and transparency. He has also been criticized by the local police union for the methods of implementation of some of his policies.

Other Resources About David Brown

What Schools Are Affiliated With David Brown ?

David Brown is affiliated with the following schools: