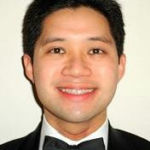 Why Is David Lat Influential?

According to Wikipedia, David Benjamin Lat is an American lawyer, author, and legal commentator. Lat is the founder of Above the Law, a website about law firms and the legal profession. Before blogging, Lat attended Harvard College and Yale Law School. After law school, he worked as a law clerk for a federal appeals judge , an associate at Wachtell Lipton Rosen & Katz, and an Assistant U.S. Attorney for the appeals division in the District of New Jersey.

Other Resources About David Lat