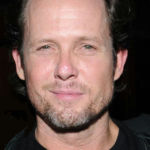 Why Is Dean Winters Influential?

According to Wikipedia, Dean Gerard Winters is an American character actor. He is known for his role as Ryan O'Reily on the HBO prison drama Oz and had roles in TV series Rescue Me, 30 Rock, Sex and the City and Law & Order: Special Victims Unit, as well as portraying "Mayhem" in a series of Allstate Insurance commercials. He co-starred in one season of the CBS Network cop drama series Battle Creek and had a recurring role as “The Vulture” on the comedy series Brooklyn Nine-Nine.

Other Resources About Dean Winters

What Schools Are Affiliated With Dean Winters?

Dean Winters is affiliated with the following schools: