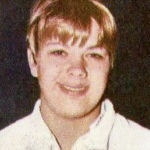 Why Is Debbie Meyer Influential?

According to Wikipedia, Deborah Elizabeth Meyer , also known by her married name Deborah Weber, is an American former competition swimmer, a three-time Olympic champion, and a former world record-holder in four events. Meyer won the 200-, 400-, and 800-meter freestyle swimming races in the 1968 Summer Olympics in Mexico City. While she was still a 16-year-old student at Rio Americano High School in Sacramento, California, she became the first swimmer to win three individual gold medals in one Olympics, winning the 200-, 400-, and 800-meter freestyle swimming races. Katie Ledecky is the only other female swimmer to have done the same, in the 2016 Summer Olympics in Rio.

Other Resources About Debbie Meyer

What Schools Are Affiliated With Debbie Meyer?

Debbie Meyer is affiliated with the following schools: