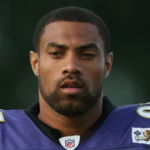 Why Is Demetrius Williams Influential?

According to Wikipedia, Demetrius Terrell Williams is a former American football wide receiver. He was drafted by the Baltimore Ravens in the fourth round of the 2006 NFL Draft. He played college football at Oregon. Early years Williams was a SuperPrep All-American and was also a unanimous Long Beach Press-Telegram Best in the West selection. He accumulated 34 catches for 829 yards and 15 touchdowns in his senior year, in addition to returning one punt into the end zone. He played his high school football at perennial national powerhouse, De La Salle.

Other Resources About Demetrius Williams