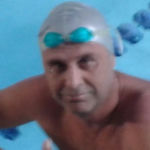 Why Is Djan Madruga Influential?

According to Wikipedia, Djan Garrido Madruga is a former international freestyle swimmer and former South American record-holder from Brazil. His younger brother Roger Madruga, was also a professional swimmer. Early life At 6 years of age, Djan Madruga usually played on Copacabana Beach with a friend. As a result of him nearly drowning, his father Dirceu Madruga enrolled him in the Federal University of Rio de Janeiro swimming school at Urca. He wanted his son to be able to play in the water safely, but soon Djan Madruga's instructor realized that the boy had a gift for swimming and recommended him for the Botafogo de Futebol e Regatas team. In the petiz category, he improved his technique in all styles, particularly in the backstroke, where he won his first medals.

Other Resources About Djan Madruga

What Schools Are Affiliated With Djan Madruga?

Djan Madruga is affiliated with the following schools: