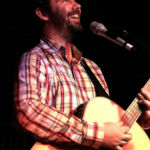 Why Is Duncan Sheik Influential?

According to Wikipedia, Duncan Sheik is an American singer-songwriter and composer. Sheik is known for his 1996 debut single "Barely Breathing", which earned him a Grammy Award nomination for Best Male Pop Vocal Performance. He has composed music for motion pictures and Broadway musicals, winning the 2006 Tony Awards for Best Original Score and Best Orchestrations for his work on the musical Spring Awakening.

Other Resources About Duncan Sheik

What Schools Are Affiliated With Duncan Sheik?

Duncan Sheik is affiliated with the following schools: