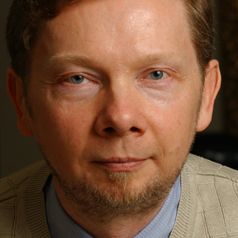 Eckhart Tolle is a German spiritual teacher and self-help author best known as the author of The Power of Now and A New Earth: Awakening to Your Life's Purpose.After being recommended by Oprah Winfrey, his first book, The Power of Now, reached The New York Times Best Seller list in 2000. The same happened to his 2005 book A New Earth.