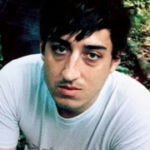 Why Is Ed Droste Influential?

According to Wikipedia, Edward Droste is an American singer-songwriter and musician, formerly of the rock band Grizzly Bear. The group began as the solo effort of Droste with the release of 2004's Horn of Plenty, originally released on Kanine Records. All songs were written and performed by Droste. By 2005, the group expanded into a four-piece, with Droste still as a contributing songwriter. He left the group in 2020.

Other Resources About Ed Droste

What Schools Are Affiliated With Ed Droste?

Ed Droste is affiliated with the following schools: