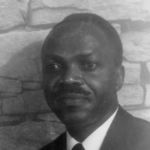 Why Is E. R. Braithwaite Influential?

According to Wikipedia, Eustace Edward Ricardo Braithwaite , publishing as E. R. Braithwaite, was a Guyanese-born British-American novelist, writer, teacher and diplomat best known for his stories of social conditions and racial discrimination against black people. He was the author of the 1959 autobiographical novel To Sir, With Love, which was made into a 1967 British drama film of the same title, starring Sidney Poitier and Lulu.

Other Resources About E. R. Braithwaite

E. R. Braithwaite has made the following academic contributions: