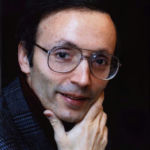 Why Is Erich Segal Influential?

According to Wikipedia, Erich Wolf Segal was an American author, screenwriter, educator, and classicist. He was best known for writing the bestselling novel Love Story and the hit motion picture of the same name. Early life and education Born and raised in a kosher Jewish household in Brooklyn, New York, Segal was the first of three brothers. His father was a rabbi and his mother was a homemaker. His interest in writing and narrating stories developed as a child. He went to Midwood High School, during which he suffered a serious accident while canoeing. His coach advised him to jog as a part of his rehabilitation, which ended up becoming his passion and caused him to participate in the Boston Marathon more than 12 times. He attended Harvard College, graduating as both the class poet and Latin salutatorian in 1958, and then obtained his master's degree and a doctorate in comparative literature from Harvard University, after which he started teaching at Yale.

Other Resources About Erich Segal

What Schools Are Affiliated With Erich Segal?

Erich Segal is affiliated with the following schools:

What Are Erich Segal's Academic Contributions?

Erich Segal has made the following academic contributions: