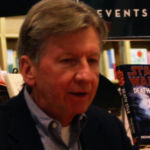 Why Is F. Paul Wilson Influential?

According to Wikipedia, Francis Paul Wilson is a Doctor of Osteopathic Medicine and New York Times bestselling author of horror, adventure, medical thrillers, science fiction, and others. His books include the Repairman Jack novels—including Ground Zero, The Tomb, and Fatal Error—the Adversary cycle—including The Keep—and a young adult series featuring the teenage Jack. Wilson has won the Prometheus Award, the Bram Stoker Award, the Inkpot Award from the San Diego ComiCon, and the Lifetime Achievement Award of the Horror Writers of America, among other honors. He lives in Wall, New Jersey.

Other Resources About F. Paul Wilson

F. Paul Wilson has made the following academic contributions: