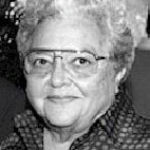 Why Is Frances Jones Bonner Influential?

According to Wikipedia, Frances Jones Bonner was an American psychoanalyst. Early life and education Frances Estelle Jones was born in 1919 in St. Louis, Missouri. Her parents were David Dallas Jones and Susie Pearl Willams. Bonner's family moved to Greensboro, North Carolina in 1926 when her father became President of Bennett College for Women. Her mother worked as an administrator at Bennett College. After graduating high school, Bonner enrolled at Bennett College. She was very active in school activities and played on Bennett's basketball team. During her undergraduate tenure in 1937, Bonner led a protest and boycott of the downtown Greensboro movie theaters because of the depictions of black women in film. Her advisors during this protest were R. Nathaniel Dett and future college President Willa Beatrice Player. After graduating from Bennett College in 1939, she went on to study abroad for a one year. Upon returning, Bonner was accepted to Boston University medical school where she graduated in 1943. She trained as a neurologist at Boston City Hospital, completing her training in 1949.

Other Resources About Frances Jones Bonner

What Schools Are Affiliated With Frances Jones Bonner?

Frances Jones Bonner is affiliated with the following schools: