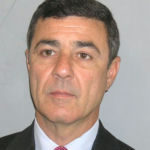 Why Is Frank DiPascali Influential?

According to Wikipedia, Frank DiPascali, Jr. was an American financier and fraudster who was a key lieutenant of Bernie Madoff for three decades. He referred to himself as the company's "director of options trading" and as "chief financial officer". For a number of years, he played a key part in the daily operation of the Madoff investment scandal, later recounting how he helped manipulate billions of dollars in account statements so clients would believe that they were creating wealth for them. On August 11, 2009, he pleaded guilty to ten counts related to the fraud. He subsequently admitted that he had known for at least two decades that Madoff had turned his investment advisory business into a massive Ponzi scheme. He was denied bail before sentencing and spent ten months in jail before being released. He died of lung cancer in 2015 while awaiting sentencing.

Other Resources About Frank DiPascali