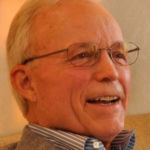 Why Is Frank Drowota Influential?

According to Wikipedia, Frank F. Drowota III was a former chief justice of the Tennessee Supreme Court. Drowota was born in Williamsburg, Kentucky but moved with his family to Nashville, Tennessee as a small boy. He attended Montgomery Bell Academy, graduating in 1956. He matriculated at Vanderbilt University that year, graduating with a Bachelor of Arts degree in history and political science in 1960. Drowota served on active duty in the United States Navy from 1960 to 1962. He then attended the Vanderbilt University Law School, and was awarded the Juris Doctor degree in 1965. He served in the United States Naval Reserve as a Judge Advocate General's Corps officer.

Other Resources About Frank Drowota

What Schools Are Affiliated With Frank Drowota?

Frank Drowota is affiliated with the following schools: