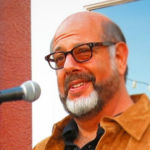 Why Is Fred Melamed Influential?

According to Wikipedia, Fred Melamed is an American actor, comedian, and writer. He is best known for portraying Sy Ableman in A Serious Man , Arthur Hart in WandaVision , Tom Posorro in Barry , and William Ginsberg in American Crime Story. He is also known for his collaborations with Woody Allen appearing in seven of his films including Hannah and Her Sisters , Radio Days , and Crimes and Misdemeanors . Vulture named him one of the greatest character actors working today.

Other Resources About Fred Melamed

What Schools Are Affiliated With Fred Melamed?

Fred Melamed is affiliated with the following schools: