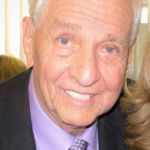 Why Is Garry Marshall Influential?

According to Wikipedia, Garry Kent Marshall was an American actor and filmmaker. He started his career in the 1960s writing for The Lucy Show and The Dick Van Dyke Show before he developed Neil Simon's 1965 play The Odd Couple for television in 1970. He gained fame for creating Happy Days , Laverne and Shirley , and Mork and Mindy . He is also known for directing Overboard , Beaches , Pretty Woman , Runaway Bride , and the family films The Princess Diaries and The Princess Diaries 2: Royal Engagement . He also directed the romantic comedy ensemble films Valentine's Day , New Year's Eve , and Mother's Day .

Other Resources About Garry Marshall

What Schools Are Affiliated With Garry Marshall?

Garry Marshall is affiliated with the following schools: