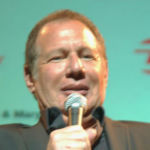 Why Is Garry Shandling Influential?

According to Wikipedia, Garry Emmanuel Shandling was an American actor, comedian, writer, director, and producer. Shandling began his career writing for sitcoms, such as Sanford and Son and Welcome Back, Kotter. He made a successful stand-up performance on The Tonight Show Starring Johnny Carson where he became a frequent guest host. Shandling was, for a time, considered the leading contender to replace Johnny Carson. In 1986, he created It's Garry Shandling's Show, which aired on Showtime. It was nominated for four Emmy Awards and lasted until 1990.

Other Resources About Garry Shandling

What Schools Are Affiliated With Garry Shandling?

Garry Shandling is affiliated with the following schools: