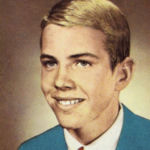 Why Is Gary Hall Sr. Influential?

According to Wikipedia, Dr. Gary Wayne Hall Sr. is an American former competition swimmer, three-time Olympic medalist, and former world record-holder in five events. He is also an ophthalmologist. Background Hall attended Indiana University, where he swam for the Indiana Hoosiers swimming and diving team under coach Doc Counsilman. As a college swimmer, he specialized in the individual medley. Hall was elected captain of the Hoosiers swimming team in his senior year. In academics, Hall excelled in the classroom and was consistently cited by the NCAA as an outstanding example of student-athlete. He was accepted for medical school at the University of Cincinnati. He later became an ophthalmologist, and practiced in Phoenix, Arizona.

Other Resources About Gary Hall Sr.

What Schools Are Affiliated With Gary Hall Sr.?

Gary Hall Sr. is affiliated with the following schools: