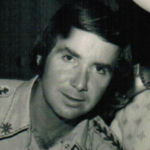 Why Is Gary Primm Influential?

According to Wikipedia, Gary Primm is a casino developer. He is the former chairman and chief executive of Primm Valley Resorts. Biography Primm grew up in San Marino, California. His father, Ernest Jay Primm, was an early developer of casinos. The town of Primm, Nevada is named after the Primmadonna casino, located there and developed by Gary's father, Ernest Primm. At the time, the city at the southern end of the California-Nevada border was known variously as "State Line" and "Stateline", creating confusion with the similarly named city near Lake Tahoe. The state naming authority considered "Primmadonna" as a new place name, ultimately settling on "Primm."

Other Resources About Gary Primm